Did You Know: Tobacco Advertisements?

Posted by T-Man on March 20, 2013
Posted in: Culture, Did You Know, Marketing. Tagged: adver, Cigarettes, television, Why can't cigarettes be advertised. 2 Comments

Tobacco Advertising is now one of the most highly regulated forms of marketing in the world. Some or all forms of tobacco advertising are banned in many countries. 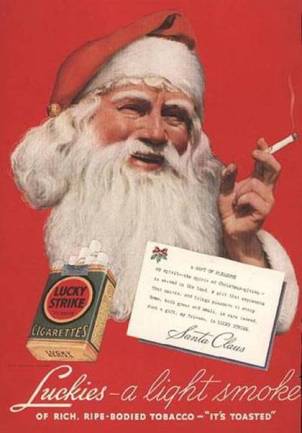 Cigarettes are not banned from advertising in the United States but they are very limited. In April 1970, Congress passed the Public Health Cigarette Smoking Act banning the advertising of cigarettes on television and radio starting on 2 January 1971. After 1971, most tobacco advertising has been seen in magazines, newspapers and on billboards.

Recently in the United States, several restrictions took effect under the newly enacted Family Smoking Prevention and Tobacco Control Act. Effective 22 June 2010, the new regulations prohibit tobacco companies from sponsoring sports, music, and other cultural events. Also, tobacco companies can no longer display their logos or advertise their products on T-shirts, hats, or other apparel.

I’ve always wondered this myself. I thought it would be an interesting read.